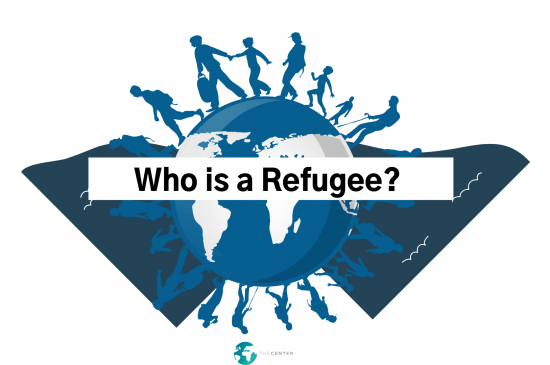 This short video from the UNHCR explains

Refugees provide a vital but often overlooked role in the American way of life. Coming to the U.S. with nothing more than their hopes of a better future, refugees are a source of inspiration, a hardworking boon to our economy, and a wealth of cultural knowledge to be shared and appreciated by all.

A refugee is defined by the UNHCR as “someone who has been forced to flee his or her country because of persecution, war or violence”. https://www.unrefugees.org/refugee-facts/what-is-a-refugee/. They are at the mercy of their governments and are at great personal risk when they flee. Oftentimes, they are leaving behind loved ones or their way of life in the hopes of seeking a better future for themselves and their family.

Refugees who come to the United States do so with this purpose. Not only do they seek safety and security, but they are willing to work hard to achieve it. For this reason, refugees are an economic boon to the U.S, commonly setting up their own small businesses to support themselves. Those who don’t are still more likely to take less-desirable jobs while working long hours in the process. Data from the 2011-2015 American Community Survey indicates that refugees are an economic stimulus, not a detractor like many belief.

On a cultural level, refugees enrich our communities by bringing their own unique ways of life, perspectives of the world, and the history of their people. Through them and their communities, everyone has the chance to broaden their horizons and educate themselves on the world around them. This promotion of cultural diffusion leads to a more understanding, globally-focused mindset, in which we sympathize and act for the people of countries outside our own.

Refugees deserve our appreciation and support, for it is they who made some of the hardest sacrifices imaginable.

You can show your support by signing up for the Center’s A Walk in Their Words, a virtual walk on June 20th, 2020, to commemorate World Refugee Day, as well as the more-than-fifty million refugees and displaced persons still at risk in the world today.