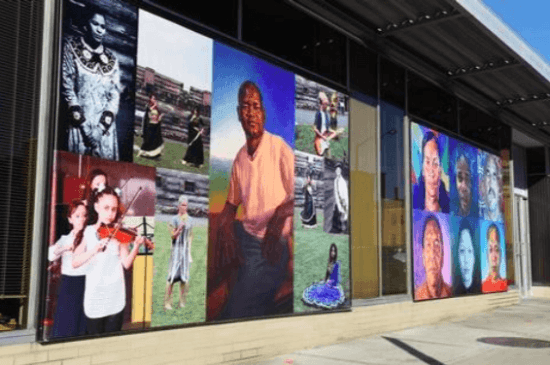 Utica’s diverse immigrant population has added even more flavor to the neighborhood.

Bleecker Street has had a long history of international flavor, from Downtown to East Utica one can sample a diverse mix of cultural treats ranging from Asian and Latino cuisine to Bosnian, Lebanese, Syrian and the traditional longtime Italian delicacies from Florentine and Caruso’s pastry shops. The international flavor of Bleecker Street gives character to our city, and the diversity enriches our community. According to Hilaria Soto, owner of El Barajo restaurant, “We have all kinds of customers here. Utica is about everybody so we get everybody here.”

The reason for this is partly because of The Center located on 201 Bleecker St. in Downtown Utica which focuses on refugee resettlement in the area.

Recently, The Community Foundation of Herkimer & Oneida Counties has supported several projects along Bleecker Street ranging from The Center on one end to the redevelopment of the General Electric building on the other, in hopes of improving the quality of life along the route.

Other improvements, ranging from a planned multimillion-dollar expansion at the Central Association for the Blind and Visually Impaired, the Centro Transit Hub, the Price Rite supermarket, new sidewalks at Chancellor Park, Asteri Apartments, lighting improvements, façade grants, and redevelopment of the former Security Building (now Legal Aid) all add to the resurgence.

Originally published by the Observer-Dispatch, 12/22/19.