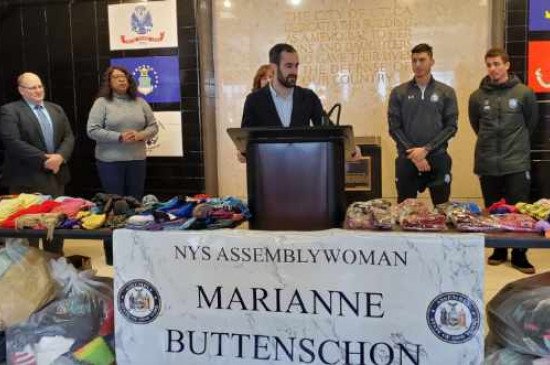 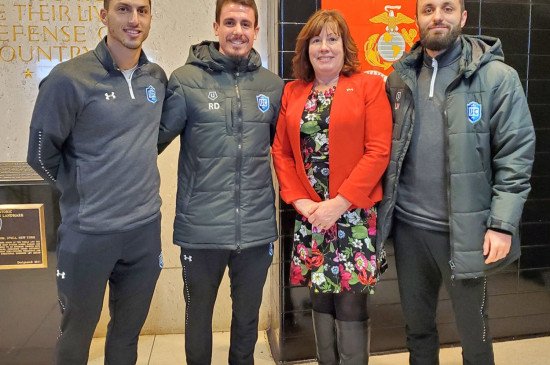 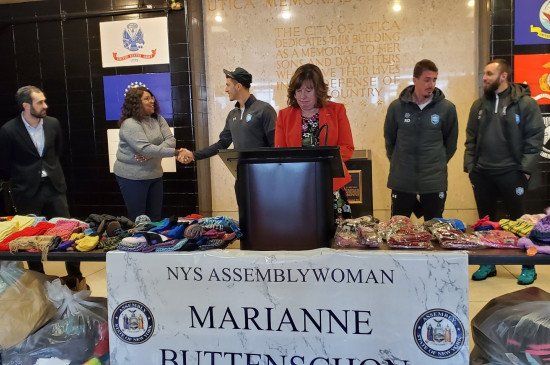 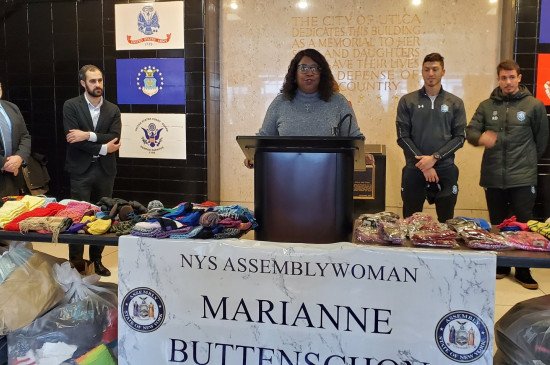 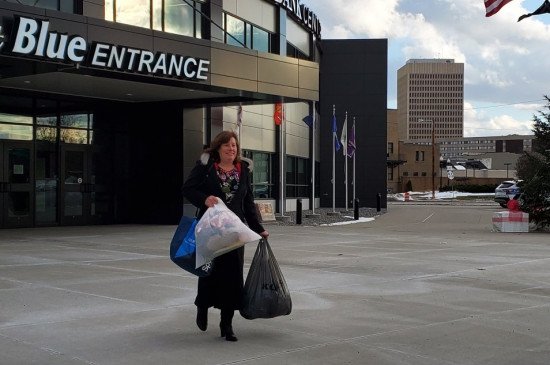 Marianne Buttenschon, the Assemblywoman of D-119th Dist. of Marcy, delivered donations from her winter accessories drive to representatives from The Center, Mohawk Valley Community Action Agency and Upstate Cerebral Palsy on Wednesday, Dec. 11 at the Adirondack Bank Center at the Utica Memorial Auditorium.

Many donations such as hats, gloves, and scarves were not only sent to The Center but The Mohawk Valley Community Action Agency and Upstate Cerebral Palsy as well.

Both the Utica Comets hockey team and Utica City Football Club indoor soccer team, who use the auditorium as their home venue, helped with collecting accessories for the drive.

“A lot of our new immigrant and refugee neighbors come from places that aren’t used to harsh winters so this means a lot,” said Dan Vellone, Executive Assistant at The Center.

Originally Published by the ClintonRecord on 12/19/19