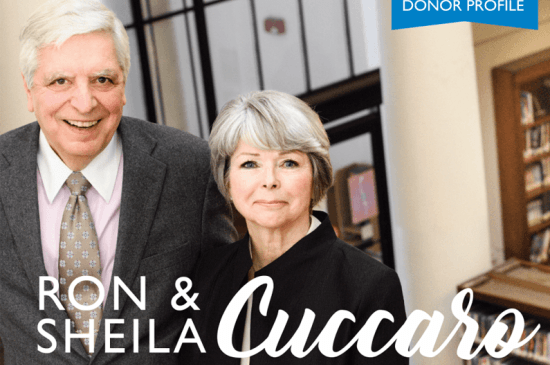 Sheila and Ron Cuccaro of Utica have generously contributed $6,000 to the Mohawk Valley Resource Center for Refugees.

The Cuccaros have a keen interest in refugees particularly because of the joy their grandson, an Ethiopian refugee, has brought to their family. This gift represents their commitment to giving back to our community and supports their respect for diversity, and the talents that immigrant populations bring. Sheila expressed, "We are all so similar." Ron, a first generation American, understands the challenges faced by new immigrants. Ron's parents, from the same Italian village, were displaced from the wars that devastated Europe in the early 1900s. They traveled by boat to the United States and settled in Utica. Ron's mother was three years old and his father 13. Ron's father actually took care of his mother while on the boat. Ron has built a thriving international business here in Utica, Adjusters International. Adjusters International/Basloe, Levin & Cuccaro actively recognizes the importance of diversity in their workforce by including former refugees.