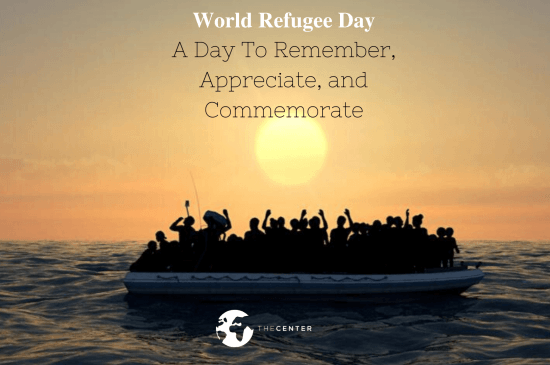 World Refugee Day is a chance for us to commemorate the sacrifices and strength of refugees in our communities who call the United States home. It's also a chance for us to reflect on the work that still needs to be done to help the more-than-fifty million refugees or displaced persons at risk in the world today.

World Refugee Day was officially started in 2001. However, the proponents of it have been pushing refugee issues and awareness for well over 50 years. Since the creation of the UNHCR, or United Nations Refugee Agency, in 1950 in the aftermath of World War 2, it has been the UNHCR’s duty to protect and fight for the rights of refugees worldwide.

World Refugee Day aids in this task by calling attention to the most at-risk and helpless populations across the globe and giving them a chance to rebuild their lives in a new country. You can find out more information concerning the impact of World Refugee Day by going online at https://www.un.org/en/observances/refugee-day.

The funds generated from events held in support of World Refugee Day across the country, and indeed the world, go directly towards protecting and assisting refugees in their plight, seen through shelter, transportation, and vital supplies being directed wherever it is most needed.

Domestically, World Refugee Day acts as a chance for Americans to educate themselves on international issues, understand the positive role refugees play in both American culture and economics, and form a bond with those refugees already calling the U.S. home. To refugees, our celebration on June 20th demonstrates our appreciation for their perseverance and sacrifice, and our willingness to accept them with open arms.

Join The Center on World Refugee Day by signing up for our virtual walk, A Walk in Their Words, by visiting https://www.awalkintheirwords.org/, to honor those who have put their lives on the line in the search for a better future.