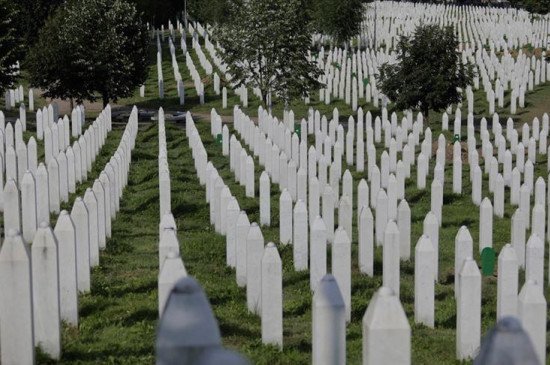 On July 11th at 10am, the Bosnian American Community Association will host a 2 kilometer commemorative walk at Utica’s Mohawk Valley Community College campus.

July 11 marks the beginning of the genocide that took place in 1995 in Srebrenica, a city in Bosnia and Herzegovina. Although the city was designated as a safe zone by the UN, more than 8,300 civilian men and boys in Srebrenica were killed by Bosnian Serb forces. Most of those killed were Muslim. Thousands were displaced and forced to walk about 120 miles to the village Nezuk, and over 1,000 victims are still considered missing.

The Srebrenica genocide holds a special significance in Utica, which has a large Bosnian population. Since its opening in 1979, The Center has resettled 4,449 refugees from Bosnia.

“In Utica, we have Bosnians who actually are from Srebrenica,” said Dina Radeljas, vice president of BACA. “But all Bosnians in Utica, like my family, were escaping genocide or war and ethnic cleansing that was taking place in Bosnia at the time.”

While past remembrance events in Utica were more lowkey and private, BACA has decided to advertise this year’s commemoration as a community event. Radelijas hopes that this event will become a yearly tradition that attracts many members of the community.

“We’re doing this a little bit different because we really want to get the community involved to raise awareness of some of the events that happened,” she said. “... Living in the world that we live in today, where we know there’s still things like this happening, obviously it's a conversation that’s important all the time.”

This event is similar to the Mars Mira (Walk of Peace) held in Bosnia each year since 2005. The Walk of Peace retraces the march from Srebrenica in reverse over three days and ends with the burial of recently-found remains. Thousands of people participate each year.

BACA is raising funds to cover the cost of the event. You can donate here.

Originally published by the Utica Observer-Dispatch, 7/6/21